Amour Sucré wants to make you forget about the cruel position of women in our society, whether by action or omission, offering us a superficial game 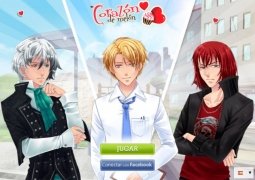 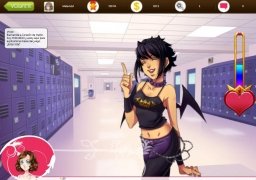 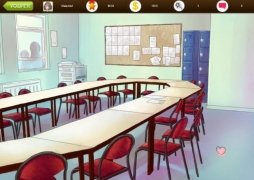 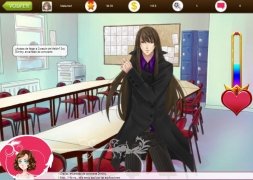 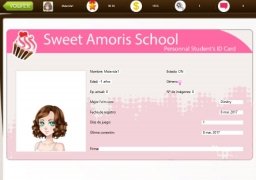 Amour Sucré turns out to be a sexist game and an insult to human intelligence any day of the year, but especially on International Women's Day. It's a game for girls in which we'll take on the role of a teenager who's just arrived at Sweet Amoris high school in order to flirt around with loads of guys and find her perfect match.

Probably to marry him, look after the house and give that guy loads of kids while he works hard to bring money and food back home. The developers of this game must think that that's the aspiration of any woman, maybe because they really believe it or simply because it's an outdated message that they've interiorized too much.

The guys you have to date go by the name of Castiel, Ken, Nathaniel or Dimitry. Unfortunately, they're not too good-looking and their fashion clothes would probably embarrass their grandparents. In fact, it's surprising that girls would want to flirt with them instead of studying algebra, Ancient Greek or literature.

Your candidate's are worse than a cheap version of Cristiano Ronaldo.

You'll have to hold silly conversations with them, that don't contribute towards the development of your personality. I'm not saying that we should spend the day discussing quantum physics or Greek philosophy, but wasting time chatting about trivial issues in a video game that just wants to empty our pockets by means of in-app purchases is quite idiotizing.

Talking of which, its in-app purchases are hilarious: at the end of the day you can carry out different actions that cost credits. The latter are recharged the next day but they're still not enough for you to go on your dates. In other words, if you want to generate more heart-conquering situations which include going clothes shopping and applying makeup, you'll need to spend some money. Don't even think about talking about your hobbies, giving your opinion about any current topic or comment on the movie you watched last night. That isn't superficial enough.

And if that weren't enough, the game includes different endings... Wasn't there enough with just one? The worst thing is that Tumblr is full of users that love this game, take part in its Wiki and share cheats and tricks to complete all the episodes. It looks like numbers 31, 32, 33, and 34 are the hardest.

Well, we won't tell you not to play this game, if you're into this genre and you're willing to go through it, go ahead and download it to your PC. Apart from the male chauvinism present in every scene, the game is slow and boring. Don't say we didn't warn you.

My Candy Love Android 4.6.10
Other languages
We use our own and third-party cookies for advertising, session, analytic, and social network purposes. Any action other than blocking them or the express request of the service associated to the cookie in question, involves providing your consent to their use. Check our Privacy Policy.