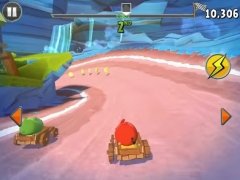 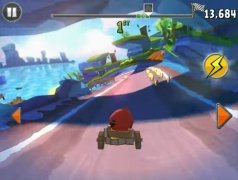 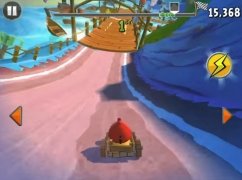 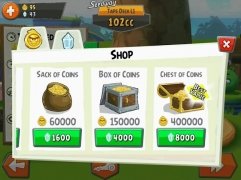 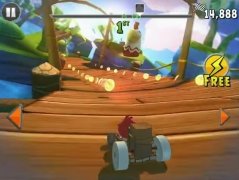 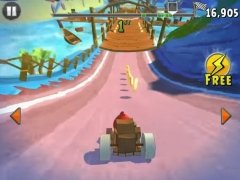 The car racing game based on Angry Birds

The battle between pigs and birds of the Angry Birds franchise has landed on Piggy Island. But this time around, it's not about a puzzle of logic or wit just like in the first installments of the game, but now it has to do with kart racing. We'll compete with pigs or birds on impossible tracks full of dangers to which we have to add the malicious intentions of our rivals to kick us off the track.

We're talking about Angry Birds Go! which will definitely remind you of Mario Kart and other similar games, and in which we'll try to become the best driver of Rovio's franchise. For such purpose, not only will we have to be skillful behind the wheel but we'll also have to visit the garage to improve our car.

Once you download the APK of this Angry Birds racing game and install it on your smartphone or tablet, you'll be able to make the most of all the following features. Just take a look:

This title is quite important within Rovio's successful Angry Birds franchise as it was one of the first mobile games to reach such a level of success. That was mainly due to the fact that it left 2D environments behind and became the first 3D game of the saga, offering us different angles to view our characters.

The game was later followed by Star Wars or Stella, their corresponding movies, cartoon series, and all sorts of merchandising about the never-ending and entertaining war between birds and pigs.