ArgusLab is a 3D image editor to design and analyze molecules. Download ArgusLab to your PC for free and you'll be able to easily design complex molecules 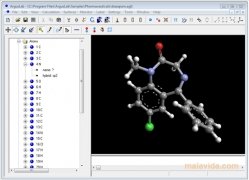 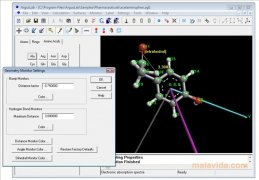 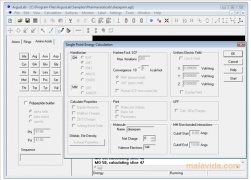 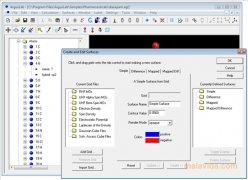 Scientists have discovered that thanks to computer programs they can advance in their projects much faster, thanks to being able to speed up the calculations that would have previously taken weeks of work. In the case of chemistry, we have to highlight the applications that make it easier to design and analyze molecules by means of 3D drawings, like ArgusLab.

This program is a 3D image editor that has been specifically developed to be able to form all kinds of molecules, thus making it easier to develop and study certain medicines, amino acids and chemical compounds.

The program has a large library that includes several of the best known chemical and pharmaceutical compounds, allowing the user to analyze their structures and modify them. The interface is very similar to that of other simple 3D design tools, with the only difference that in this case they have added utilities to insert chemical molecules.

If you work in the chemistry world or in a pharmaceutical lab and you're looking for an application that will make it easier to analyze and design certain elements, download and install ArgusLab.

Application for the advanced design of molecules

Learn physics and calculate anything whenever you want

Represent interconnected universes on your PC