ARK: Survival Evolved is a game for PC in which you have to survive in a hostile environment dwelled by dinosaurs and other gamers that can kill you 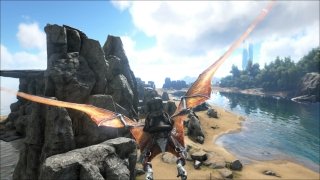 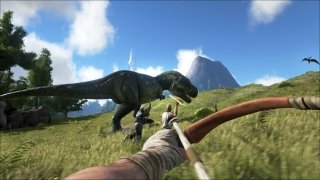 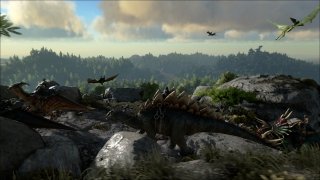 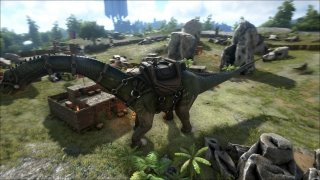 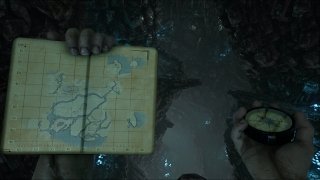 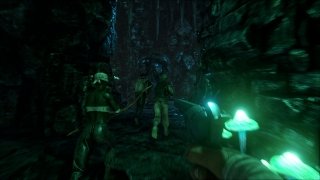 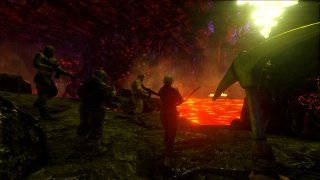 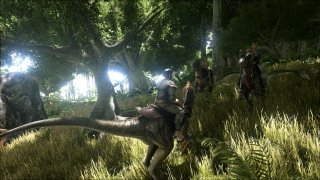 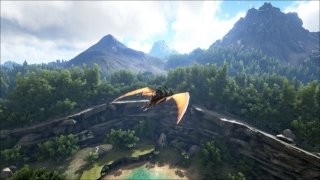 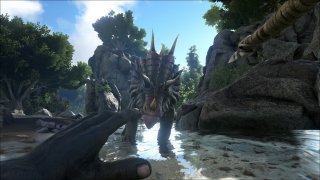 You've arrived at the island of ARK where you simply have to fight to survive. It sounds slightly like Robinson Crusoe, with the particularity that he only had to face up to the natural conditions of his island and the lack of food; on the contrary, you'll have to defend yourself against dinosaurs.

Stay alive on an island like the one in Jurassic Park

In this game for Windows you have to do everything possible to hunt down, harvest, grow crops, build your shelter and kill or domesticate dinosaurs. It's a game from the survival genre in which there's also a multiplayer component. Become allies with other players or attack them... it's up to you in ARK: Survival Evolved.

Why would you want a dog if you can have a dinosaur?

In this PC game, you'll have the chance to domesticate dinosaurs that will become your pets that obey your orders. How to domesticate a dinosaur? It's easy: attack it and leave it unconscious to then look after it during its recovery period. It will become your loyal companion that will take you wherever you want and defend you against the many lurking dangers. You can tame it, train it and even ride it.

Fight for your survival with plenty of realism

This game is going to make Bear Grylls' Man vs Wild look like child's play. Here you'll have to fight against the lack of food and water, the temperature and even the pass of time. Make sure you eat well to survive and not become weak, and that includes human flesh on the menu.

Take into account that, just like in real life, any physical activity will involve a loss of energy, therefore, eating and drinking must be major concerns for you. Neither should you carry around too much weight and you have to be careful with night and day cycles... All in all, it's a game that will put your knowledge about the environment and survival to the test in a really wild atmosphere.

There are many users that want to know about the requirements of this game and the truth is that they're not too demanding. Many computers can cope with this game:

When is it out?

For the time being, the game is out as an early-access demo on Steam, therefore, it's gradually receiving expansions and improvements. It's a much-awaited game in its full version that not only will be out on PC, but also Mac, SteamOS Linux, PS4 and Xbox will have their own versions.

ARK: Survival Evolved Android 2.0.25
Other languages
We use our own and third-party cookies for advertising, session, analytic, and social network purposes. Any action other than blocking them or the express request of the service associated to the cookie in question, involves providing your consent to their use. Check our Privacy Policy.