Google Chrome is the browser based on the Chromium project, an open-source web browser that can be used as the base to develop other similar projects 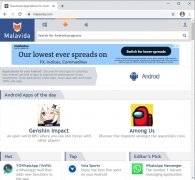 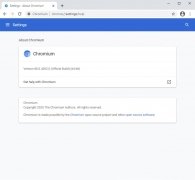 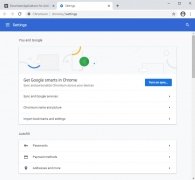 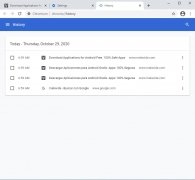 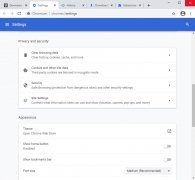 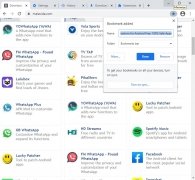 You've surely come across a few browsers that say that they're based on Chromium and you must be wondering what it's all about. Well, it's basically an open-source project the final product of which is Google Chrome. However, it's a totally operative browser that you can download and use to access any website.

Chromium vs Chrome: what are the differences?

There are several differences between this web browser and the final version of Chrome. Here are some of those that you can find in Google's web browser but aren't present in Chromium:

Although both browsers are based on the same code, the final stable version is the one you can download from Google's servers. The latter is used by other developers to create other browsers or by people that need to use open-source software so they don't have to pay any licenses as in the case of Linux, where we can find distros that use Chromium. So, as you can imagine, we can't say which one's better... it will all depend on how you're going to use them.

With regard to which PC browsers are based on this project, there are quite a few of them. These are probably the most popular ones: CodeWeavers, Dartium, Epic Browser, Maelstrom, Opera, Sleipnir, SRWare Iron, Torch, Vivaldi or Yandex, amongst others.

The existence of this open-source project has led to the development of browsers based on its engine and features for several different platforms. Not only for Windows and the above-mentioned Linux, but also for Android, Mac, and iOS. However, if you come across a Chromium for iPhone, you should know that it's fake. There's no such thing.

Chromium Mac 88.0.4308.0
Other languages
We use our own and third-party cookies for advertising, session, analytic, and social network purposes. Any action other than blocking them or the express request of the service associated to the cookie in question, involves providing your consent to their use. Check our Privacy Policy.