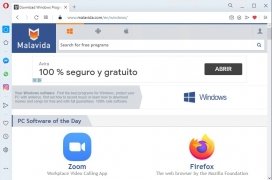 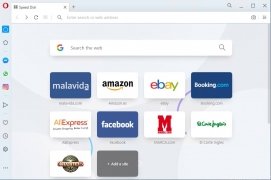 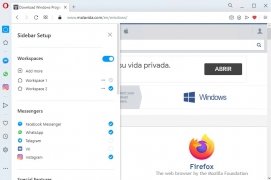 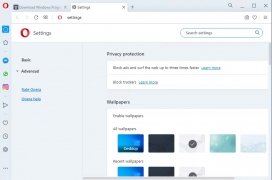 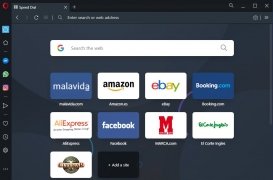 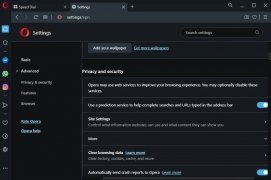 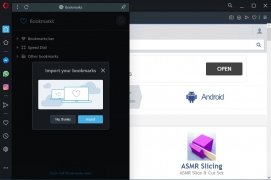 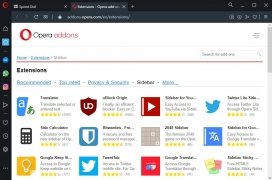 Web browsing has too major actors known by us all: Mozilla Firefox and Google Chrome. Both of them are battling it out to see which one can win over the highest number of users in the world. Safari, Internet Explorer, Microsoft Edge, Yandex, and others are still trailing a far way behind. But as the most serious and best alternative to them all, we can find this Norwegian development.

A veteran and avantgarde browser

Back in 1995 many people didn't even know what the Internet was, but that year the very first version of Opera was released, a browser that is nearly as old as Netscape Navigator but that has managed to stay in force over time and consolidate an increasingly large user base. For such reason, not only is it available on Windows, but also on PCs with Linux, Mac, in APK format for Android devices, as well as on iPhone and iPad with its Coast and Mini versions.

Available on Windows 95, XP and Vista, as well as the modern versions of the operating system.

And if we're talking about this browser, it's not only due to its usability, speed, and versatility to adapt to the latest web standards that have turned it into a serious alternative to Chrome and Firefox. But also to the fact that it has always been a forerunner in the implementations of daring and advanced ideas that have later been copied by its competitors, such as the speed dial, the pop-up blocker, user sessions, private browsing or tab-based browsing.

It comes along with a series of functions that contribute towards creating a unique browsing experience, such as:

Apart from all the latter, you'll also come across functions that are now quite common in other browsers, such as hotkeys, incognito browsing or a wide range of options for advanced users that want to control the slightest details of their browsing experience.

Not any old browser, but a forerunner with ground-breaking ideas.

If we were to break down its pros and cons it can't stand the comparison with Chrome's performance (just like all browsers). However, it offers us some really good results in this sense, that are compensated due to other features that make it very usable, as well as those relative to the user's privacy.

Without a doubt, a very reliable alternative browser with plenty of experience that you can download to your PC.