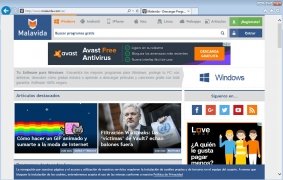 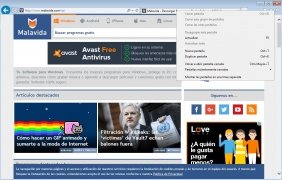 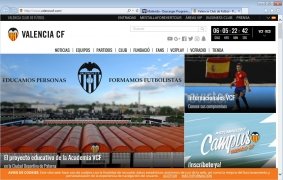 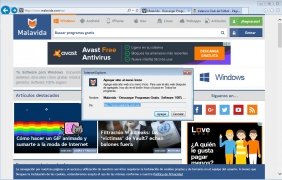 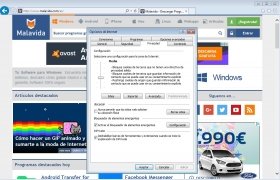 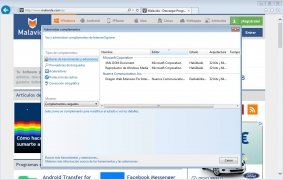 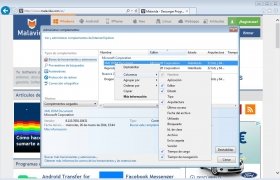 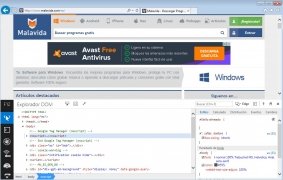 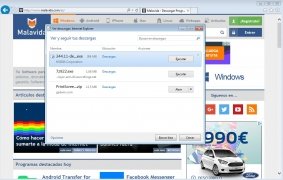 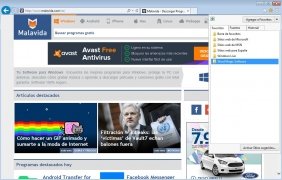 Microsoft's Internet Explorer is definitely one of the most veteran web browsers around. Usually abbreviated as IE, it was first released in 1995 for Windows 95 and it has been present on all the operating systems of the North American company until it was replaced by Microsoft Edge on Windows 10.

There have been versions for Windows XP, Vista, 7 or 8.1, being Internet Explorer 11 the latest stable version. It was one of the most used browsers in the world, reaching a market share of over 90% of users in the world between 2002 and 2003.

However, its popularity has dropped thanks to the development of other high-quality products such as Google Chrome, Mozilla Firefox, and Opera, that has managed to win over many of its users.

As we've mentioned, this is the latest stable development before being replaced by Microsoft Edge. It's a tool that over the years has been designed to be compatible with a wide range of web pages, although it has always received plenty of criticism blaming it for the limitation of open web standards and for the slow adoption of improvements implemented on other browsers. Furthermore, it has always been considered as a monopoly instrument used by Microsoft.

IE has always been surrounded by controversy.

These are its main features and functions:

One of the greatest problems that Internet Explorer has had to face is its security. Flaws in its architecture have been used by different kinds of malware and adware, with the majority of issues stemming from the ActiveX environment.

All these problems have been fixed in Microsoft Edge, the browser that has replaced IE from Windows 10 onwards. It's not just an overhaul, but a totally new development from scratch with its own EdgeHTML render engine and a new interface adapted to new graphical environments, as well as to touchscreens and mobile devices.

When it was launched, IE obtained better results than its rivals on certain benchmarks. In some tests, it was the fastest loading pages as well as the browser that less memory used when having several tabs open a the same time.

However, its latest stable version is dated in summer of 2015 and it will never be updated with any other releases. Therefore, despite being able to use it browse the majority of webs, this tool will gradually become outdated compared to the rest of browsers, including Chrome, Firefox, Opera, Safari or even Microsoft Edge.