Last Day On Earth: Zombie Survival is an online multiplayer zombie game for iOS that combines loads of action and strategy with elements from RPG titles 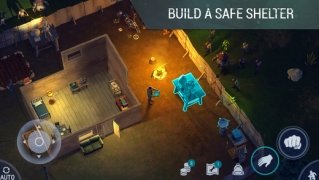 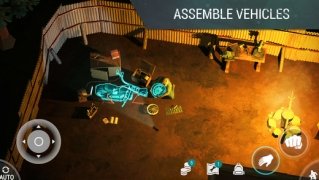 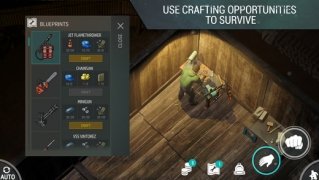 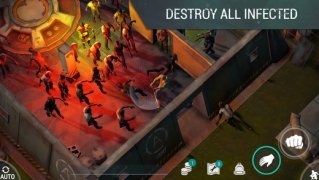 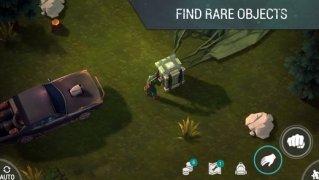 Within the world of video games, zombies have led to all sorts of titles, from tower defense strategy games to 3D shooters. Last Day On Earth: Zombie Survival combines several genres and offers us an action and strategy game about killing zombies with elements from RPGs. And all the latter in an online multiplayer mode with the possibility to develop joint strategies with other players.

That's the plot of this game based on the idea of a military experiment with a virus that goes out of control and affects 80% of world population turning them into zombies. From that moment onwards, you as a survivor will have to fight for your life but not only against zombies: also against other survivors interested in your resources.

An RPG, strategy, and action game all in one.

To control your character there are different on-screen controls that allow you to move him in one direction or another, as well as interacting with the scenarios. In other words, you'll be able to collect materials to build weapons or tools to help you get hold of food.

One of the most eye-catching aspects of this game is that it explores certain areas that other games don't usually take into account, such as the fact that those people trying to survive in a world full of zombies will do so whatever it takes, even if that means killing other humans that aren't infected.

Last Day on Earth: Survival Android 1.18.8
Other languages
We use our own and third-party cookies for advertising, session, analytic, and social network purposes. Any action other than blocking them or the express request of the service associated to the cookie in question, involves providing your consent to their use. Check our Privacy Policy.