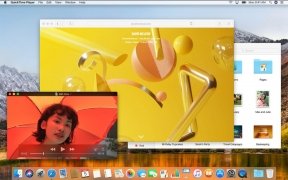 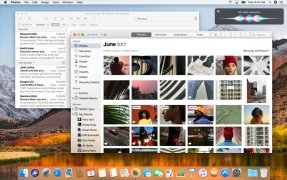 The fourteenth version of macOS (previously known as OS X) was announced in June 2017 at the Worldwide Developers Conference organized by Apple. This new version of the operating system for Mac is 10.13, replacing 10.12 which is also known as macOS Sierra. Its name lets us know that it's basically a general improvement to the previous version since it has been called macOS High Sierra.

Leaving behind the series of large North American felines, its name refers to the region of High Sierra in California, within the Sierra Nevada mountain range. As we mentioned above, it's presented as a fine-tuned version of its predecessor mainly focused on performance improvements and technical updates rather than obvious improvements to the eyes of the user.

This information is important since it tells us what users can install the public beta version and the developer version, whilst we wait for a stable edition to be released. When will macOS High Sierra be finally out? Well, Apple says that probably in September or October 2017.

As we said before, the improvements of version 14 of OS X are focused on the performance of the system and applications, rather than on enhancing usability and implementing ground-breaking functions. All in all, it offers us more stability and speed.

This is a list of the most noteworthy changes and updates:

How to install macOS High Sierra?

Whilst we wait for a stable version, to be able to download the public beta you don't need to get hold of an ISO or anything similar. Just follow these steps:

Antony Peel
Apple Computer, Inc.
Over a year ago
This year
1.9 GB

Improve and optimize the performance of macOS