The best text editing and processing software, Microsoft Word, offers in this standalone version of Office for Mac computers all its greatest features 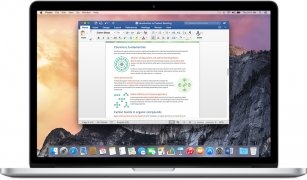 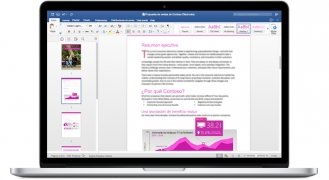 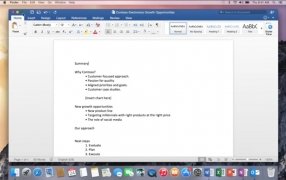 Word is definitely one of the most well-known and popular tools of Microsoft Office. This text editor and processor, despite being integrated into the office suite, can be purchased and downloaded as a standalone application.

Version after version (2003, 2007, 2010, 2013...) ever since it appeared in 1983, Microsoft Word has incorporated new functions to make the creation and processing of texts and documents much more flexible, becoming the favorite editor for millions of users and one of the best tools to write on a PC (or Mac in this case), despite the decent and serious alternatives available, such as OpenOffice and LibreOffice.

The leading text editor in all aspects.

You already know what it is and what it's for but, do you know everything this office software is capable of doing?

Although it's true that the International Standardization Organization (ISO) has chosen the OpenDocument format as the standard for the exchange of formatted text, Microsoft's format can be considered an unofficial standard. The popularity of DOC files, and subsequently DOCX with greater compression rates, have led to this situation.

In turn, the RTF or Rich Text Format is also present although it's not so popular. Its appearance has to do with when Apple dominated the PC market and it was necessary to make files compatible between Macintosh and DOS.