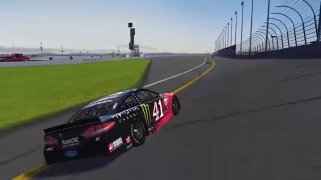 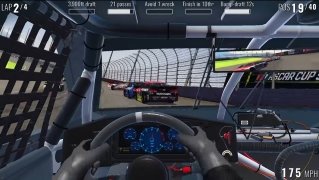 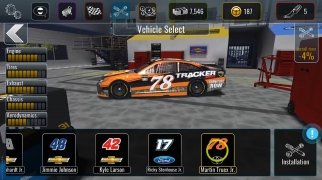 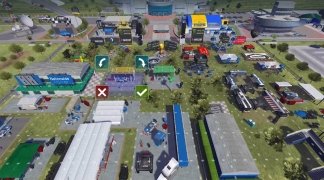 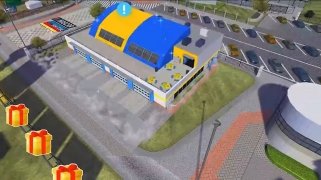 NASCAR is the common name of the championship organized by the National Association for Stock Car Auto Racing. Even if you're not a great fan you've probably seen movies based on the competitions that take place on oval-shaped tracks, videos of accidents and surely one or two video games, such as NASCAR Heat Evolution for PS4, PC, and Xbox.

Well, smartphones couldn't be anything less and that's why we've got a video game for Android and iPhone based on the above-mentioned titles. We're talking about NASCAR Heat Mobile, a stunning racing game based on this car racing championship sponsored by Monster Energy.

A great NASCAR game for Android

Download the APK and live, on the one hand, all the tension and excitement of the races: with great graphics, it recreates all the speed and frenzy of the competition on the hard-to-master oval track where it's very easy to lose control of your car and crash into other racers.

On the other hand, you'll also have to take control of your team, managing all the improvements you can implement on your car in the garage and controlling the facilities to end up creating a car empire if you're good at it.

There's more to racing games than just Formula One.

Even if you've never watched a NASCAR race in your life, you'll love this game. You might even end up becoming a fan of this sport and watch every single race on Ace Stream or similar online platforms:

NASCAR Heat Evolution PC 2017 Team Update
Other languages
We use our own and third-party cookies for advertising, session, analytic, and social network purposes. Any action other than blocking them or the express request of the service associated to the cookie in question, involves providing your consent to their use. Check our Privacy Policy.