Plants vs. Zombies 2 is the second part of the excellent tower defense strategy game in which you have to protect your garden against a zombie invasion 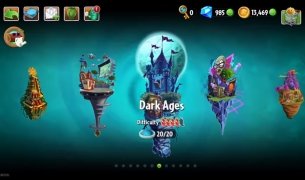 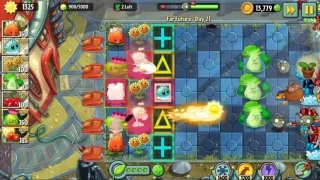 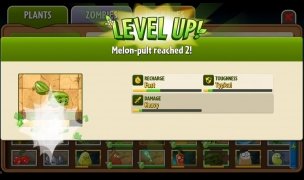 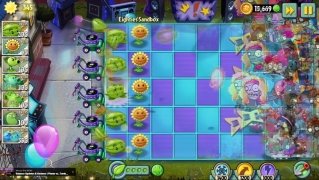 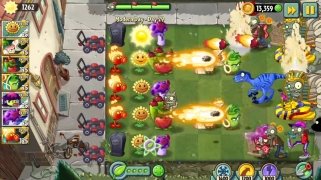 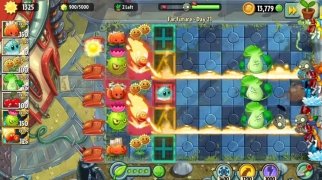 Defend yourself against zombie invasion in your garden... once again

At a simple glance, tower defense strategy games could be considered quite boring: waves of enemies coming to conquer your territory and you having to protect yourself however you can. But that's not exactly so, as they're really similar to real-time strategy games with the only difference that your combat strategy is always defensive.

One of the best games in this genre that has appeared over the last few years has a rather peculiar plot: there's you at home, minding your own business when all of a sudden a zombie invasion breaks out, putting your life in danger. The only way to save yourself is using your garden, where you'll plant a series of deadly vegetables capable of shooting seeds as if they were bullets, as well as using other weapons and ammo.

Look after your garden if you don't want to have your brain eaten.

We're talking about Plants vs. Zombies, as you've probably imagined, a game that's been so successful that it has also led to versions for Android, iPhone, PS4, Xbox and Windows PC, as well as new editions such as Heroes, Garden Warfare or this Plants vs. Zombies 2, the second installment for Android smartphones and tablets.

Regarding the dozens of zombies and levels present in the first game in this saga, in this title, we'll find new species of plants to grow and new enemies to be killed with our vegetables:

The game can be downloaded for free but it includes in-app purchases that allow you to improve your equipment and gain other advantages such as speeding up the growth of your plants. That's what we could consider as the full version.

In turn, we can also get hold of mods to modify and customize the game, giving it a different aspect or appearance. One of them, for instance, turns the game's settings into an environment that could well belong to the world of Minecraft.