9.9.2 The sequel to one of the most successful strategy games is back on iPhone with Plants vs. Zombies 2, in which we'll continue killing zombies with our crops
8/10 (112 Votes)
Download 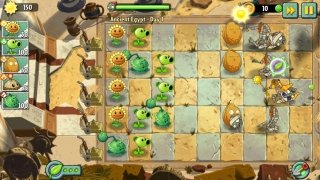 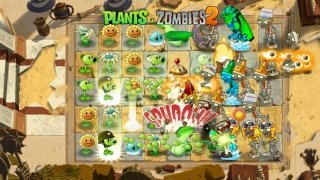 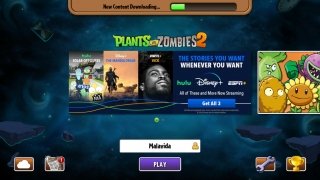 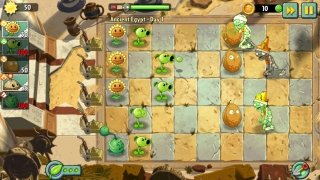 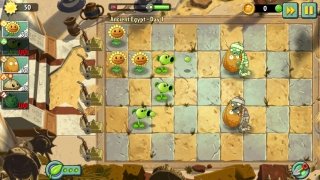 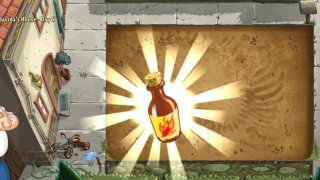 Why do you need knives, swords, katanas, and guns to defeat zombies when you kill them off with some old plants? The main characters of The Walking Dead, such as Rick, Michonne or Maggie, have a lot to learn from the saga Plants vs. Zombies that's back on iPhone and iPad with the second installment of this action and strategy game.

Gardening and the zombie genre come together in this game.

Look after your garden to stop the zombie invasion

Each plant has its own unique features that allow us to defend ourselves and attack differently, depending on our needs. Thus, we'll have plants as strange and crazy as lava guavas, fire peashooters, pepper-pults, bonk choy, laser beans, peanuts, and prickly homing thistles, that we'll have to take care of and provide with nutrients to make sure they grow strong to be able to kill the zombies with them.

Overcome the different levels of full of walking dead and face Dr. Zombi at the end of each world, a final boss with plenty of resources and crazy inventions that will do whatever it takes to defeat you. And in between, you can take part in different minigames and get hold of new sprouts and buds for your zen garden.

Differences compared to the first game

Although you may think, due to what we've said up to now, that this game is more of the same old gameplay, in this sequel to the original game and predecessor to the spin-offs of Garden Warfare, Garden Warfare 2 and Heroes, we can find quite a few differences compared to the first title in the franchise developed by PopCap Games that will definitely keep all the players entertained:

Now that you know, and awaiting the release of the much-awaited Plants vs. Zombies 3, make the most of the new installment of this strategy game that combines tower defense, undead, botany, and plenty of humor.

The following new features have been added to the latest version of PvZ 2:

Plants vs. Zombies Mac 1.0.40
Other languages
We use our own and third-party cookies for advertising, session, analytic, and social network purposes. Any action other than blocking them or the express request of the service associated to the cookie in question, involves providing your consent to their use. Check our Privacy Policy.