1.6.44.7021 Mobile Legends: Bang bang for iPhone offers you the chance to face up against other online gamers in a massive multiplayer real-time strategy system
8/10 (325 Votes)
Download 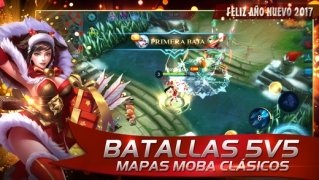 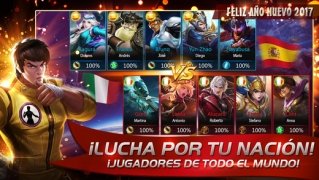 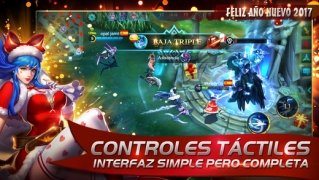 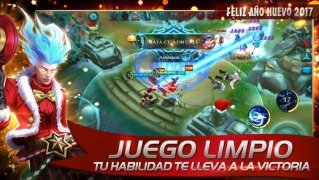 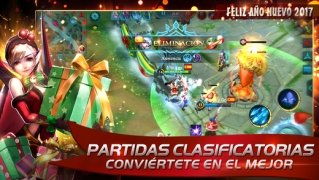 One of the latest trends in the world of video games is definitely eSports or gaming competitions. These events are very popular thanks to Multiplayer Online Battle Arena or MOBA games in which shooters or sports games play a very important role, but also real-time strategy titles.

Action of the likes of League of Legends.

One of the latter is Mobile Legends: Bang bang, in which you have to create a team of heroes in order to build an alliance together with other players to complete all sorts of missions: prepare ambushes in the jungle, attack towers, take part in team battles... thanks to titles like the latter, MOBAs leap from PC to iPhone with high-quality games.

The iOS version of this game (there's also an Android edition via APK) comes along with the following functions and features:

The truth is that if you're after cheats, the best thing you can do is search for a guide or tutorial that will offer you advice to make the most of all its characters. Once you've done that, step out onto the arena to defeat all your rivals.

Mobile Legends: Bang bang Android 1.6.97.7594
Other languages
We use our own and third-party cookies for advertising, session, analytic, and social network purposes. Any action other than blocking them or the express request of the service associated to the cookie in question, involves providing your consent to their use. Check our Privacy Policy.