How to switch between virtual desktops in Windows 11

This is a complete guide where we teach you how to manage one of the productivity features of Windows 11: virtual desktops 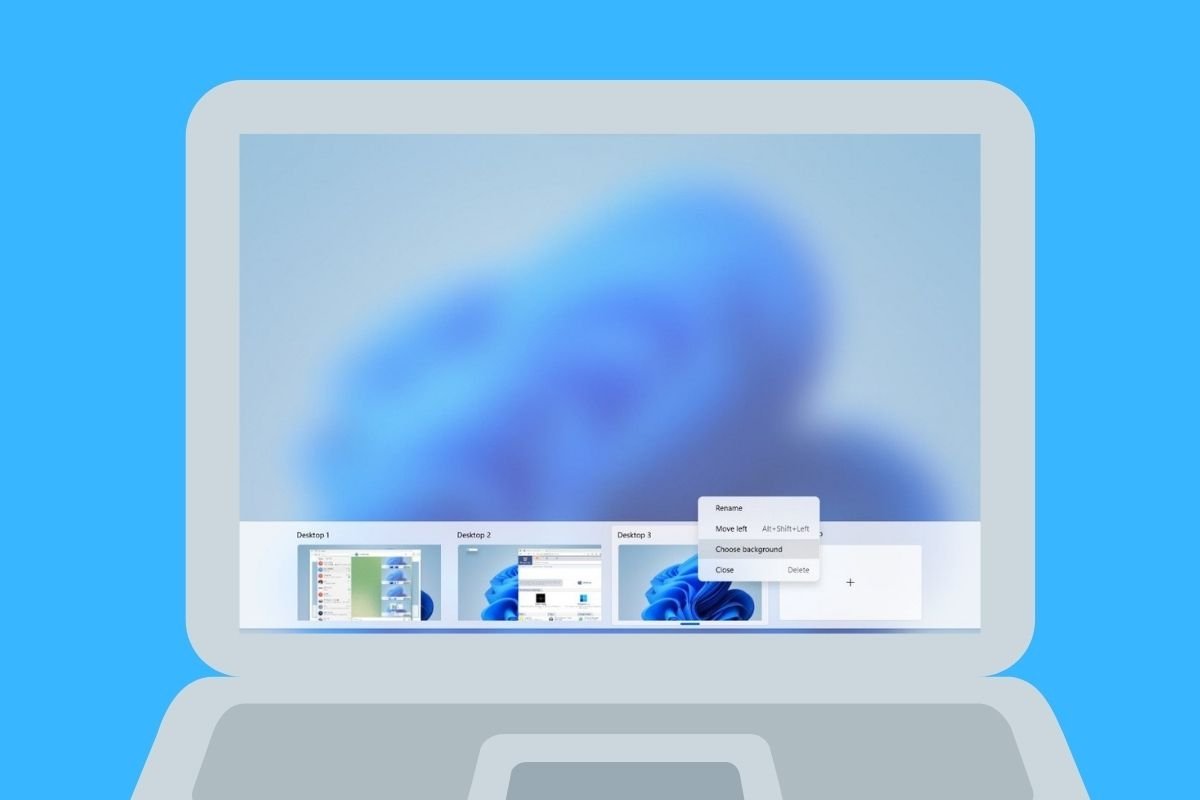 Windows 11 has some productivity-focused features that you may want to know about if you want to work faster with your computer. One of them is virtual desktops. But do you really know how they work? Do you already know the ways you can get more out of this feature? Keep reading because we will tell you how to change your virtual desktop in Windows 11 and much more.

When we use the term desktop in Windows, we refer to the set of elements that make up the work area. We consider the taskbar, the start menu, and the windows, grouped in the way chosen by the user, to be inside the desktop. Although the space offered by the desk is generally sufficient, it can sometimes fall a little short. For this reason, Microsoft includes in its system virtual desktops, or other words, duplications of the main work area that work independently.

Taking into account what is described in the previous paragraph, it is possible to host different windows or applications on a virtual desktop than those in the rest of the spaces. You can also move windows from one desktop to another, rename them, or alter the wallpaper individually.

You should not confuse this feature with the virtualization of an operating system. Rather, what Windows does is generate spaces adjacent to the main desktop to organize the workflow and effectively classify open windows. As this is basically an organizational function, adding multiple virtual desktops does not have a very incisive effect on computer performance.

Before we move on to explain how to change your virtual desktop in Windows 11, there are a few things you should be aware of. The first is how to access the task view, from where you can manage virtual desktops. Basically, there are three ways to do this:

How to create a virtual desktop in Windows 11 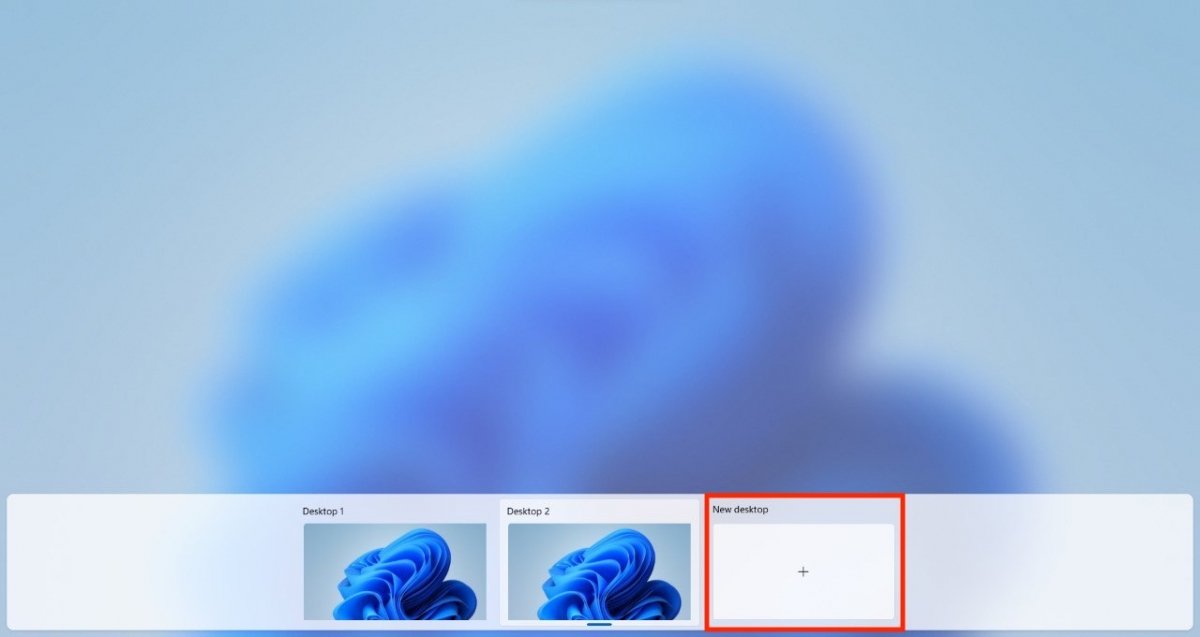 How to create a new desktop

We know that you are eager for us to tell you how to change your virtual desktop in Windows 11. However, before doing so, you need to create a new one. This is the way to go.

How to close a virtual desktop in Windows 11 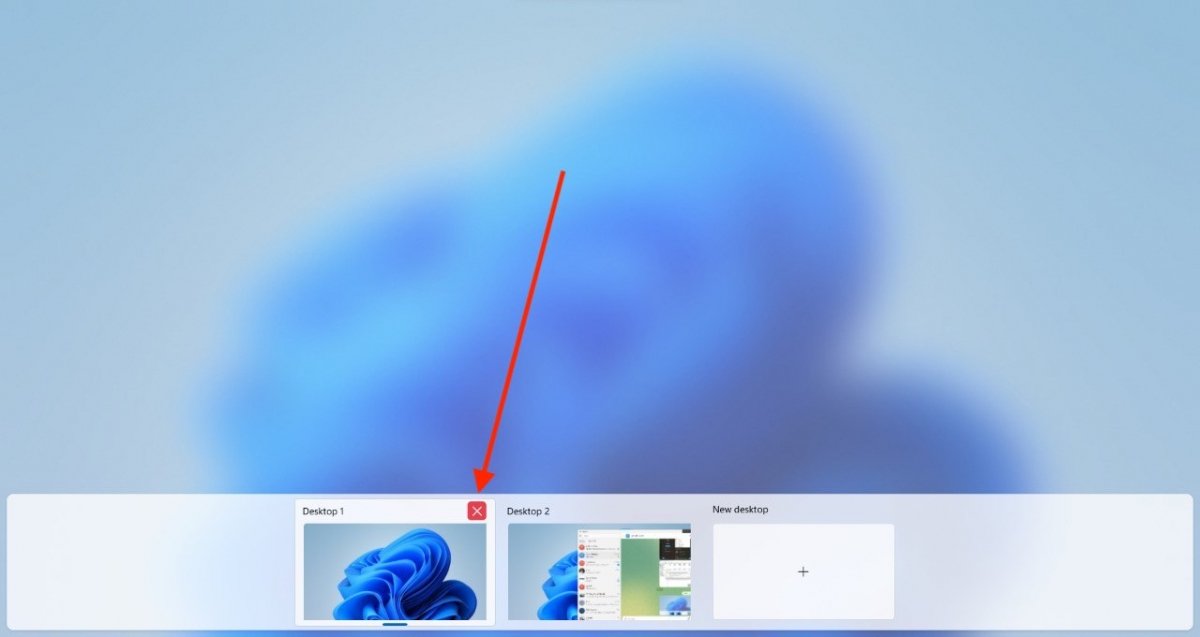 How to close a virtual desktop

We assume that you do not want virtual desktops to pile up on you, especially when they are no longer useful. In this case, follow these steps to close them:

Both methods have the same effect: they close the virtual desktop. Do not forget that applications will not be stopped and their active windows will be assigned to another desktop. 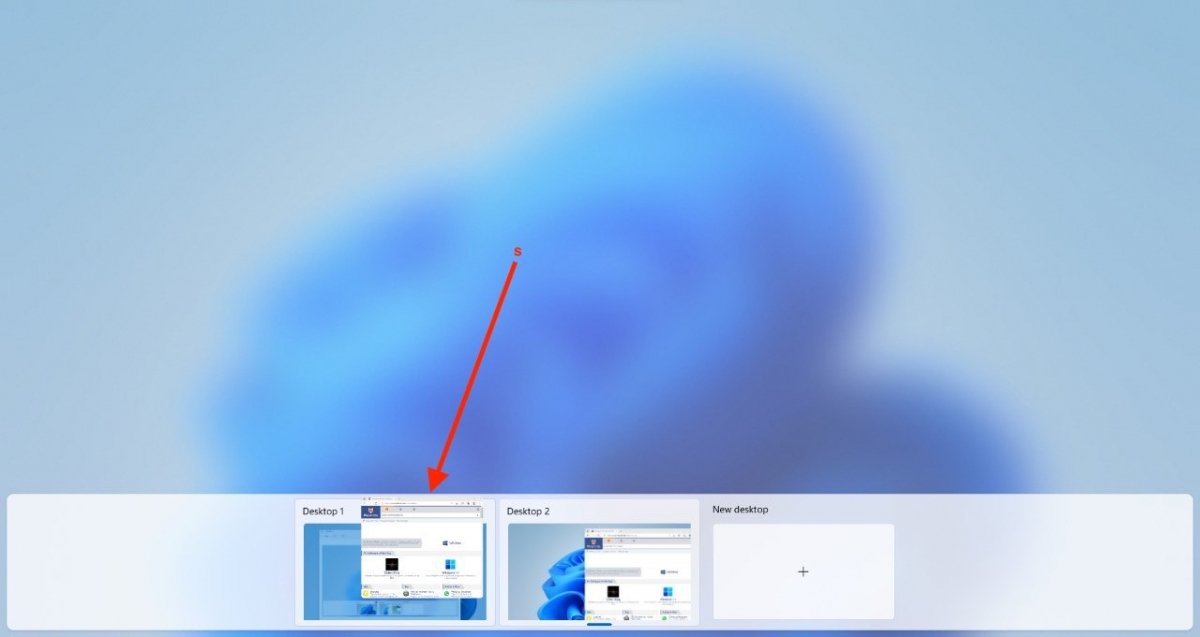 Send applications to another desktop

From the task view, you can move applications from one virtual desktop to another. How? This is how you do it: 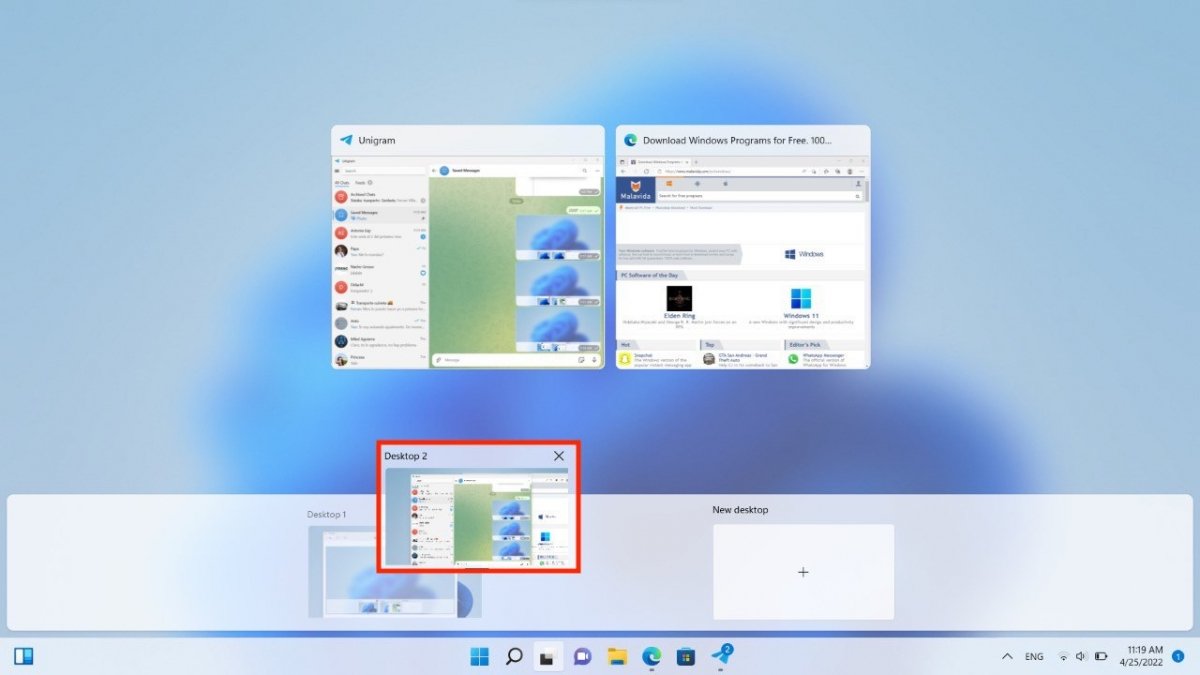 Change the order of the virtual desktops

As you can see in the previous image, you can also arrange the desks according to your convenience. The operation is carried out in a similar way to the process mentioned above. In this case, you must select the desktop and move it to the place you want to move it.

How to rename and change the background of a virtual desktop 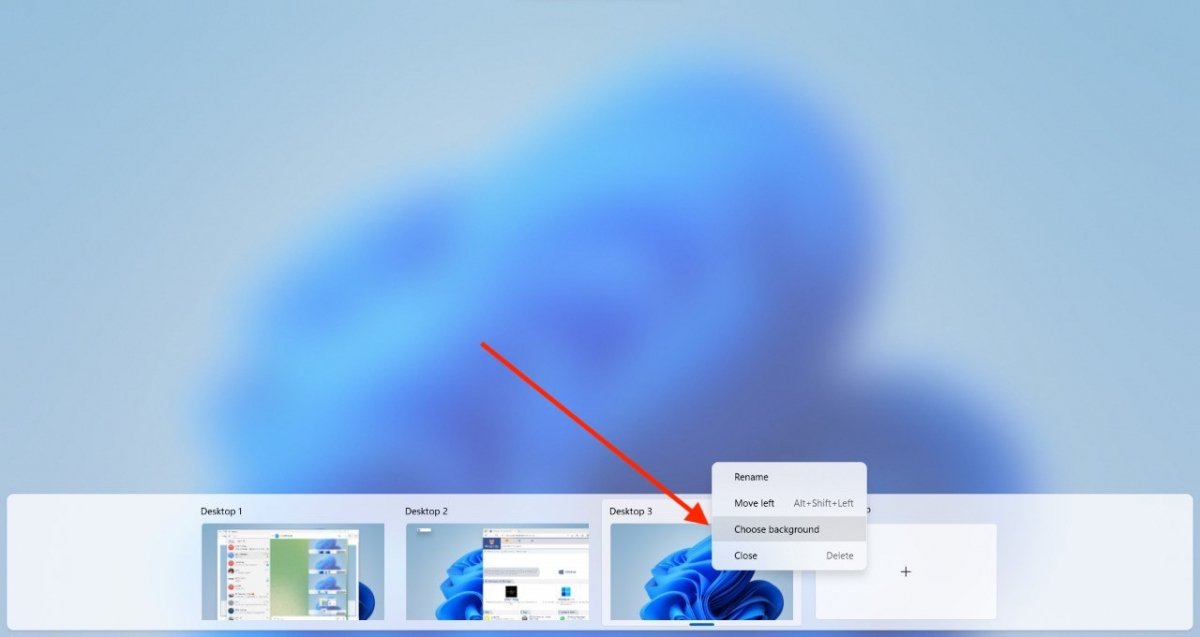 Change the wallpaper of each virtual desktop

There are two additional parameters that we recommend you to control if you want to take full advantage of virtual desktops. One of them is the selection of unique wallpaper for each site. This will help you to better distinguish each desk and its purpose. To modify it, it is as easy as following these instructions:

If you have noticed, the same context menu offers the possibility to rename each of the spaces you have enabled on your computer. This is the other option you should not overlook.

How to switch your virtual desktop in Windows 11 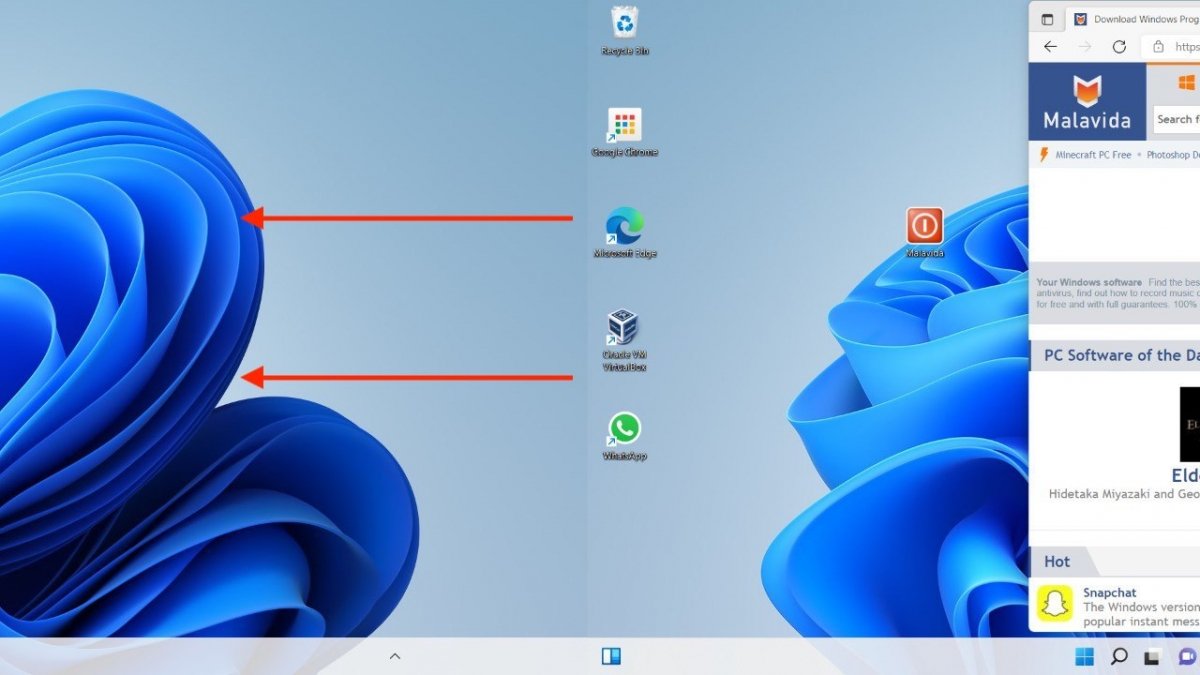 Browse between the different virtual desktops

So far we have told you how to use the Windows 11 task view and make the most of such a practical feature as virtual desktops. What else you should know? Well, it is time to find out what to do to switch desktops to Windows 11. You do it with these tips:

When you reach the last available desktop, Windows will display a black space to the left or right (depending on the direction in which you are scrolling). This is an indication that there are no more virtual desktops available.