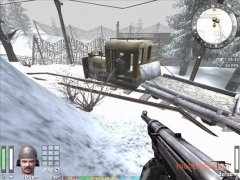 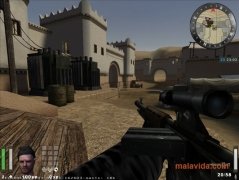 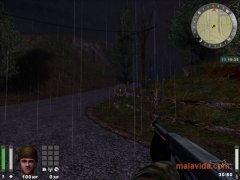 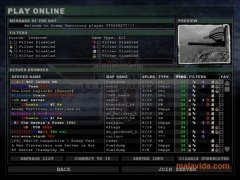 If you don't know the Wolfenstein saga you probably haven't played too many video games. Wolfenstein 3D was the first completely 3D first-person shooter game, being the forerunner of other classic games like Doom and Quake. Different sequels to that game had, as a result, Wolfenstein Enemy Territory, a game that was first developed as an expansion to the brilliant Return to Castle Wolfenstein ended up being one of the most complete freeware multiplayer games that can be found about World War II.

One of the best shooters for Mac

Using the same engine as the already outdated Quake 3, Wolfenstein Enemy Territory is a really addictive FPS in which the player has to choose a character to enter the battle: soldier, medic, engineer, field op or covert op. Each with their own features that can range from a character with minimum health with unlimited ammunition to another that can use tools to manufacture and fix weapons. Depending on the character that we choose, we will be able to gain different skills depending on the level of the battles.

In this multiplayer game, being a member of the Allies or Axis will only influence the clothes that our character wears, thus helping us to be able to differentiate who we've got to shoot in the six official maps and the hundreds of other maps generated by users.

Antony Peel
Splash Damage
Over a year ago
More than a year ago
257.1 MB

Wolfenstein Enemy Territory PC 2.60b
Other languages
We use our own and third-party cookies for advertising, session, analytic, and social network purposes. Any action other than blocking them or the express request of the service associated to the cookie in question, involves providing your consent to their use. Check our Privacy Policy.