Medabots is an RPG based on MedarotS where robots go up against each other in 3v3 combats. Gather a team and defeat your adversaries in online matches 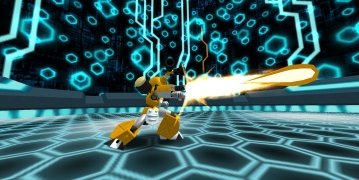 Medabots is a game for Android from the Japanese franchise already known for its anime series and its titles for Nintendo consoles such as Game Boy. It is a turn-based 3v3 strategy fighting RPG between robots. Put your team together and go head to head with other users in frenetic online matches.

In the mobile version we get to enjoy familiar features from previous games. We get a battle system of three versus three with the characters from the original series. In these combats we will have to get hold of pieces and medals which together will determine the abilities and roles of our characters. Each robot is made up of four parts: head, left arm, right arm and legs and eardrum. The medal turns into the brain.

These are some of the functions and features that you will find:

Pokémon comes to the real world thanks to augmented reality