Gather the most emblematic characters of Star Wars creating a team of heroes capable of battling it out in the role-playing game Star Wars: Galaxy of Heroes 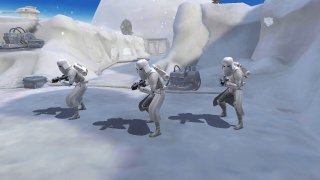 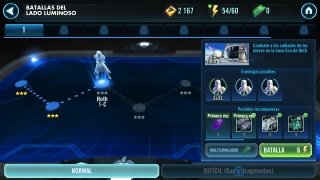 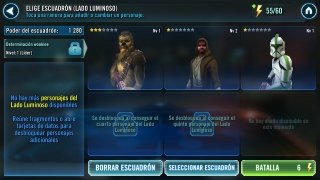 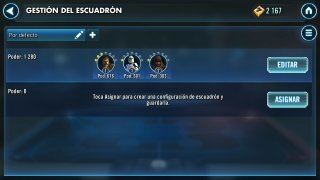 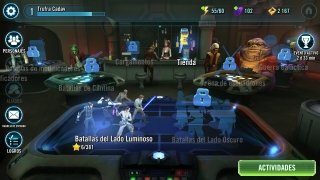 Can you imagine bringing together Darth Vader and Han Solo on the same side of the Force? Now it's possible thanks to Star Wars: Galaxy of Heroes, the new role-playing game based on Star Wars in which you have to collect the most popular characters of the saga to build a team of heroes that will face other legendary heroes in turn-based battles. You'll do so regardless of their side of The Force, whether the dark or the light side.

You'll start off with two cards of low-profile characters, but as you win more battles in places that are as iconic as Hoth or Coruscant, you'll be able to purchase new characters from the Canteen, creating the perfect team to become a legendary hologamer. You'll have to combine your skills very well and learn who to manage them because you'll have to wage wars in which it's very important to follow a strategy. Bear in mind that the combats take place in turns, therefore, it's important to define what kind of attacks you're going to use, who's going to execute them, and in which order.

How to play Star Wars: Galaxy of Heroes?

Playing Galaxy of Heroes isn't at all complicated but it's always a good idea to follow a few instructions that can help you out during the game:

The game was conceived for the fans of the movie saga, both the classic films (episodes IV, V, and VI) as the newest ones together with the Rogue One spin-off. All the characters will be there as well as all the settings that have become legendary for the enthusiasts of this successful franchise.

An essential application to play Battlefront