SuperTuxKart is a kart racing game in which you will control Tux and his best friends. Download SuperTuxKart for free and reach the finish line first 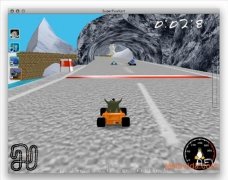 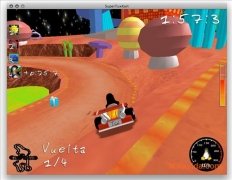 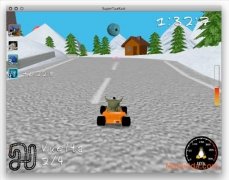 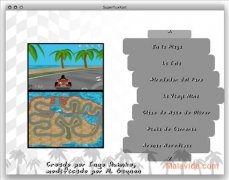 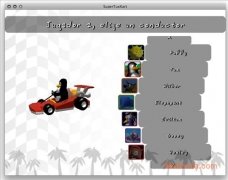 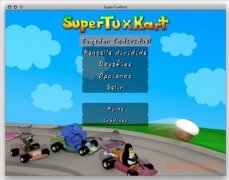 SuperTuxKart is an open-source racing game that copies the style of the classic Super Mario Kart, that was a complete success when it was launched on the market, but substituting the characters created by Nintendo for the different mascots used in the most famous Linux programs and distributions, as well as the world-famous, Tux, the Linux penguin.

One of the most noteworthy features of the game are the graphics that don't have anything to envy from similar themed children games, because from the first moment the developers have put special emphasis on the development of the mascots as well as the karts that they drive.

SuperTuxKart includes several game mode, that range from Quick Races to Challenges in which you have to fulfil a final objective, in these game modes we'll have the possibility to take part in several championships, as well as competing on more than 10 different tracks. Furthermore, we will also have the possibility to configure the difficulty of the rivals, and define up to four different control sets combining gamepads and keyboard, with the possibility for all four of these players to play on the same computer.

So, choose your mascot, press the accelerator, don't forget to pick up the bonuses and the nitro liquid, and try to complete all the challenges that you will encounter in SuperTuxKart.

SuperTuxKart PC 1.3
Other languages
We use our own and third-party cookies for advertising, session, analytic, and social network purposes. Any action other than blocking them or the express request of the service associated to the cookie in question, involves providing your consent to their use. Check our Privacy Policy.