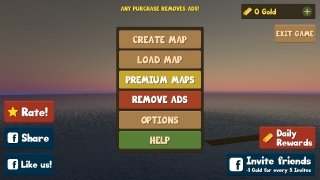 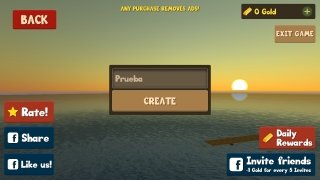 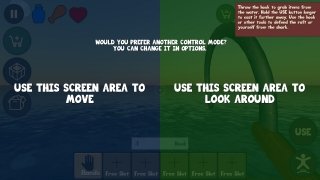 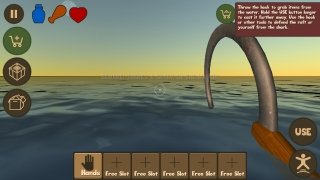 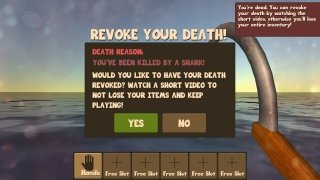 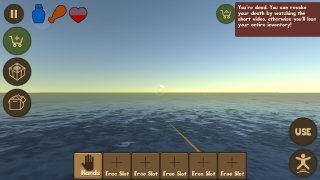 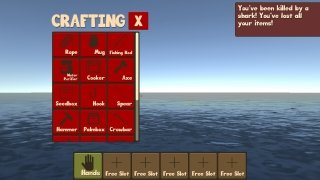 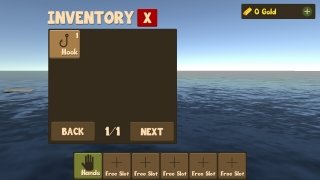 Imagine getting stranded in the middle of the ocean with a tiny raft and a fishing hook as your only tool to survive and reach a positive outcome. That's how this Raft Survival Simulator works, a sandbox-type survival game that will definitely remind you of Minecraft but not due to its pixellated graphics, but because we'll have to find the materials and tools available to craft or build the elements we need to survive the sharks and other sea creatures.

Build your shelter and survive in the middle of the ocean.

But unlike the game developed by Mojang in which we can explore an almost endless scenario on mainland, to get hold of all sorts of provisions and materials, here we'll be lost in the middle of the sea, although we'll be able to move around freely from our tiny wooden raft. In fact, by tapping the left side of the screen we can move around (at a rather slow speed), whilst the right-hand-side can be used to turn around and see what's going on behind us.

By downloading the APK of this game for Android smartphones and tablets you can have fun carrying out actions such as the following:

Cheats to win at this Raft simulator

This game, that's also available for iPhone and iPad from the App Store and that comes along with a version for Windows PC, is quite complicated to handle and can turn out to be rather frustrating, especially if that same damn shark keeps killing you every 10 seconds.

For such purpose, it's always a great idea to get hold of some sort of tutorial or manual that can be found on the Internet to get to know the best cheats to be victorious in your encounter with the sea and its creatures. Among those tips, we have to point out that you have to try to collect as many materials as possible as they'll all end up being useful. In fact, the more you get, the more chances you've got of expanding your raft and even planting trees on it.

Minecraft in the real world

Raft Mac 1.04
Other languages
We use our own and third-party cookies for advertising, session, analytic, and social network purposes. Any action other than blocking them or the express request of the service associated to the cookie in question, involves providing your consent to their use. Check our Privacy Policy.