How to use stickers on WhatsApp 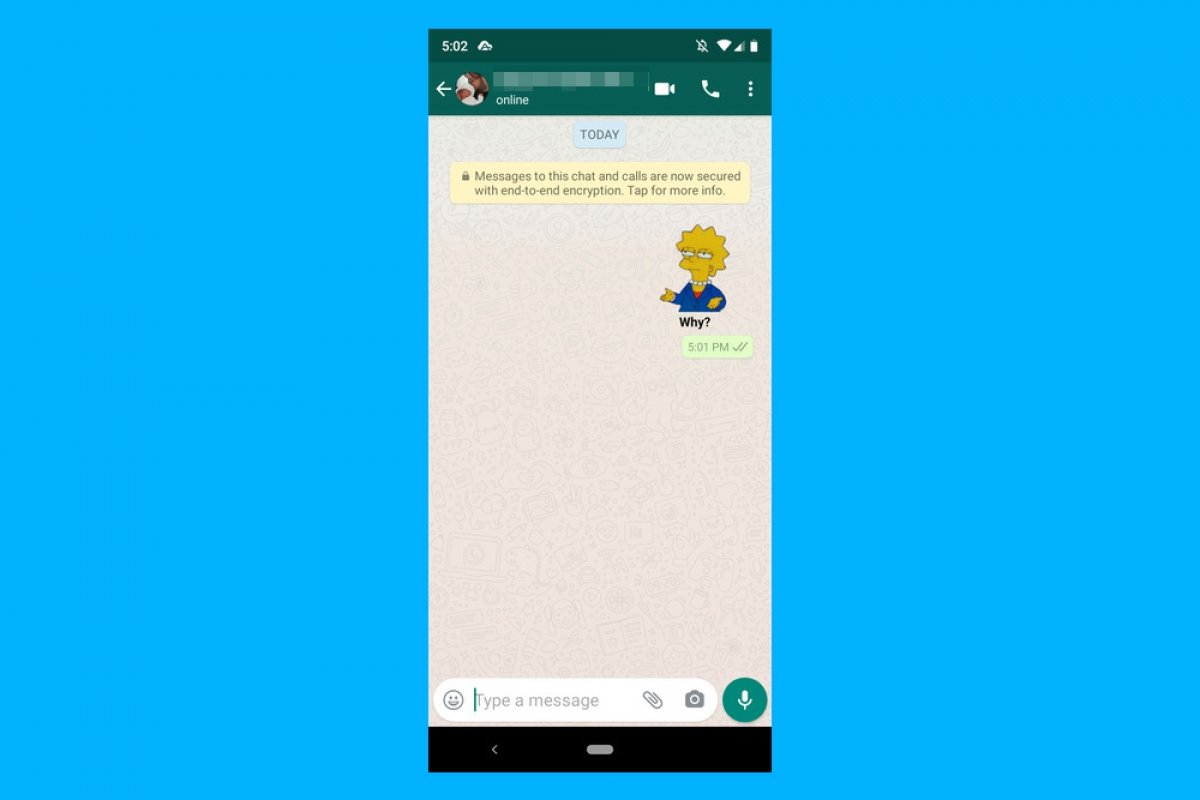 WhatsApp Share Tweet Send
We show you how to use stickers in your WhatsApp conversations. There are several ways to get them, and sharing them in a conversation is a fairly simple task

To be able to use stickers on WhatsApp, the first thing you have to do is open any conversation and tap on the emojis button:

Button to open the emojis

Then, tap on the right-most icon of the three that appear at the bottom of the screen:

You will get to the stickers tab. Tap on any of the categories to view its contents:

Stickers from the gallery

Tap on the one that interests you most to send it to the conversation:

And that is all, that is how easy it is to use stickers on WhatsApp. You can get more of them from the app's sticker tab by tapping on the plus sign button:

Alternatively, you can also use apps like Sticker.ly to add pre-generated sticker packs to WhatsApp, or even create your own.

WhatsApp was not the first app of its kind to incorporate this kind of emojis evolution. Long before the stickers arrived here, Line conquered the Japanese market with them (some even had to be bought with real money). Later, Facebook Messenger added them to its list of features, but WhatsApp took its time.

Despite Line's attempts to get the idea of a sticker store to take root outside Japan (which did not happen, just as the app was not widely used), it was not until WhatsApp decided to incorporate them that we experienced a sudden increase in them. Nowadays, their use is totally widespread around the globe and great collections can easily be found to add to our repertoire.